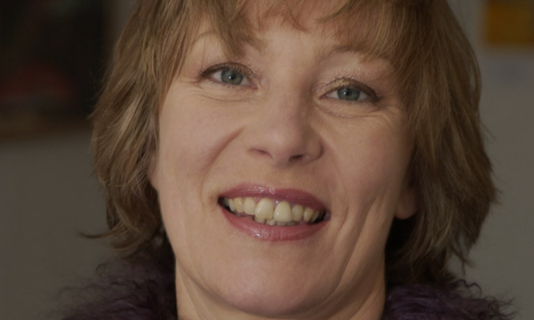 Katherine Pierpoint was born in Northampton in 1961. Her first collection of poetry Truffle Beds (Faber, 1995) won a Somerset Maugham Award and was shortlisted for the T. S. Eliot Prize. She was Royal Literary Fund Fellow at the University of Kent at Canterbury and in 2006 was poet-in-residence at the King's School Canterbury.

Katherine's poems have appeared in Spanish in the anthology La generación del cordero: antología de la poesía actual en las islas británicas edited by Pedro Serrano and Carlos López Beltrán (Trilce Ediciones Mexico 2000). She met Coral Bracho in Mexico when the anthology was published and they are admirers of each other's work. Katherine's poems combine agile perception with a delicacy of suggestion and an unconventional music; they share a natural affinity with the poems of Coral Bracho and we were excited by the prospect of these two poets meeting through translation, the results of which you can read here.