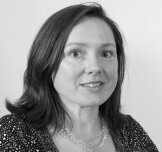 Lavinia Greenlaw was born in London, where she has lived for most of her life. She has published four collections of poetry: Night Photograph (1993), A World Where News Travelled Slowly (1997), Minsk (2003), which was shortlisted for the T.S. Eliot, Forward and Whitbread Poetry Prizes, and The Casual Perfect (2011). Her first novel, Mary George of Allnorthover, was published in 2001 and has appeared in the Netherlands, the United States, Germany and France, where it won the Prix du Premier Roman Etranger. A second novel, An Irresponsible Age, appeared in 2006, followed by two non-fiction works: The Importance of Music to Girls (2007) and Questions of Travel: William Morris in Iceland (2011).

In 2011 she received a commission from Artangel and Manchester International Festival which resulted in the sound work Audio Obscura, installed at Manchester Piccadilly station in July 2011 and St Pancras International, London.

She has an MA in Seventeenth-Century Art from the Courtauld Institute and was awarded a three-year NESTA fellowship in 2001 in order to pursue her interest in vision, travel and perception. She has held a number of residencies including at the Science Museum and the Royal Society of Medicine. She is a Fellow of the Royal Society of Literature, a former Chair of the Poetry Society, and Professor of Creative Writing at the University of East Anglia, where she directs the Poetry MA.

Commissions she has undertaken include writing about Titian for the National Gallery, Constable for Tate Britain, Christine Borland for Bookworks, and Garry Fabian Miller for the V&A, as well as a poem to mark the centenary of the Theory of Relativity for the Science Museum.