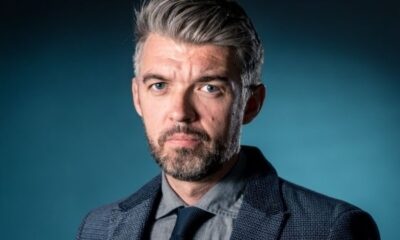 Born in County Tyrone, Northern Ireland in 1975, Nick Laird was educated at Cookstown High School and Cambridge University. He worked as a lawyer for several years before leaving law to write full-time. The recipient of many prizes for his poetry and fiction, including the Rooney Prize for Irish Literature, the Ireland Chair of Poetry Award, the Betty Trask Prize, a Somerset Maugham award, and the Geoffrey Faber Memorial Prize, he has lived in London, Warsaw, and Rome. He is currently an adjunct professor at Columbia University in New York.

He has published two novels, Utterly Monkey (2005) and Glover's Mistake (2008), and two prize-winning books of poems, To a Fault (2005) and On Purpose (2007) which won the Somerset Maugham Award and the Geoffrey Faber Memorial Prize. His latest collection, Go Giants, was published by Faber in 2012.

With Hamid Kabir, Nick translated the poetry of Reza Mohammadi from Afghanistan for the PTC's Persian Poets' Tour.