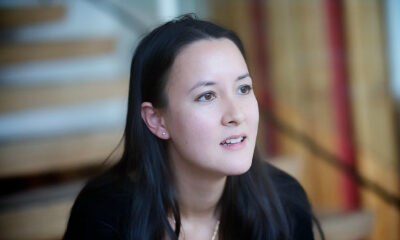 Sarah Howe is a British poet, academic and editor. Her first book, Loop of Jade (Chatto & Windus, 2015), won the T.S. Eliot Prize and The Sunday Times / PFD Young Writer of the Year Award, and was shortlisted for the Forward Prize for Best First Collection. Born in Hong Kong to an English father and Chinese mother, she moved to England as a child. Her pamphlet, A Certain Chinese Encyclopedia (Tall-lighthouse, 2009), won an Eric Gregory Award from the Society of Authors. She has performed her work at festivals internationally and on BBC Radio 3 and 4. She is the founding editor of Prac Crit, an online journal of poetry and criticism. Previous fellowships include a Research Fellowship at Gonville and Caius College, Cambridge, a Hawthornden Fellowship, the Harper-Wood Studentship and a Fellowship at Harvard University’s Radcliffe Institute. She is currently a Leverhulme Fellow in English at University College London.