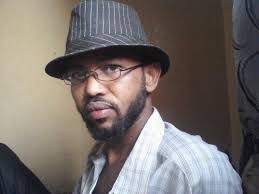 One of our key supporters since the PTC's inception, Martin Orwin, Senior Lecturer in Somali and Amharic at SOAS, had been far too busy with his academic workload to translate with us for many years. However, we were delighted he was able to return to lead another workshop on Somali poetry with us.

With the help of Said Jama Hussein, we translated part of a poem by the young Somali poet, Xasan Daahir Weedhsame, 'Catastrophe' which addresses same disaster as Caasha Lul Mohamud Yusuf's The Sea-Migrations: the countless numbers of Somalis forced into exile only to lose their lives at sea.

The original poem is 150 lines long; in this first workshop, we managed to translate 50 of them - something of an achievement for translating from Somali, which is notoriously difficult to render into English.

As you'll see, we focussed on a powerful section where the poet accuses the sea of wanton murder. However, affronted, the sea replies to the poet, pointing out that blame for this tragic loss of life lies with weak government.

We plan to return to this poem at a later workshop, so watch this space!