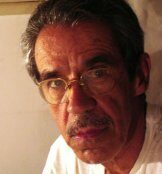 Throughout his career, he has experimented with different poetic practices that range from concrete poetry to poesia práxis to the marginal literary circles of the late 1970s mimeógrafo generation.

His work reads through the urban imperatives of human landscapes in the city; a post-modern approach heavily influenced by the modernism of Carlos Drummond de Andrade, the aesthetic rigour of João Cabral de Melo Neto, and Ana Cristina César's experimental portraits of everyday life.

Armando has twice been awarded the Jabuti Prize, one of the greatest literary honours in Brazil; firstly in 1986, for 3x4, and later in 2010, for Lar.

His first work, Palavra, was published in 1963. His complete works up to 2003 are gathered in Máquina de Escrever (2003). Dever was published in 2013, a year that marked a half-a-century of his work as a poet. In 2016 he published a collection of poems entitled, Rol.