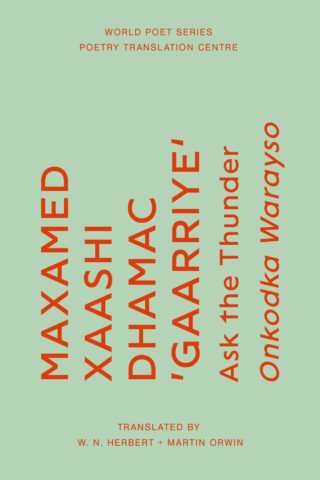 Maxamed Xaashi Dhamac ‘Gaarriye’ (1949–2012) is regarded as one of the most important Somali poets of the twentieth century. He composed on a wide variety of topics, from nuclear weapons to the nature of poetry. He was the initiator of the Deelley, a very famous 'chain' of poems by leading Somali poets in the 1970s and 1980s that were critical of the regime of Siad Barre. The book brings together some of his most beloved work and features the never previously translated poem ‘Watergate’, a coruscating indictment of global political corruption that seems all the more relevant today. Includes and afterword by Clare Pollard.