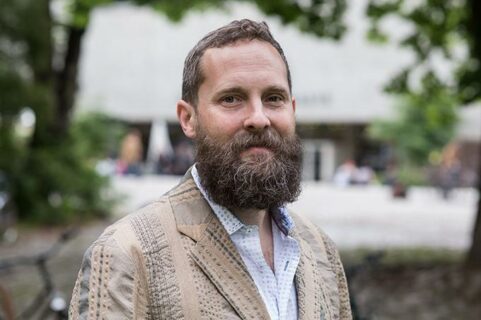 Jeffrey Angles (born 1971) is a poet, translator, and professor of Japanese literature at Western Michigan University. His poetry collection written in Japanese, Watashi no hizukehenkōsen (My International Date Line), won one of Japan’s most prestigious literary awards, the Yomiuri Prize for Literature, a rare honor accorded only a few non-native speakers since the award began in 1949. He has translated dozens of translations of Japan’s most important modern authors and poets into English, including Hiromi ITŌ, Mutsuo TAKAHASHI, Shinobu ORIKUCHI. He believes strongly in the role of translators as activists and has focused on translating socially engaged, feminist, and queer writers. Among his recent translations is Shinobu ORIKUCHI’s modernist classic, The Book of the Dead, which won two awards for translation, the Miyoshi Prize and the MLA’s Scaglione Prize. Also, his translation of The Thorn-Puller, a "novel-in-verse" by Japan's most prominent living feminist poet, Hiromi ITŌ, is forthcoming from Stone Bridge Press in 2022.