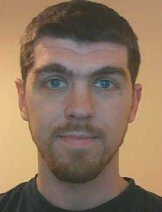 Joel Mitchell lived in Mauritania for two years, from 2004-2006, while working with an NGO focused on maternal-child health. He studied Arabic first at Harvard University, and published poems in English (mostly) in student publications of Veritas and the Spoken Word Society. While most of Joel's translation work has been on Medieval authors in Latin, Greek and Arabic, his more recent exposure to popular poetry in Mauritania and Sudan has inspired his current work on contemporary Arabic poetry, particularly in dialect. Joel is currently a PhD candidate at the University of London.