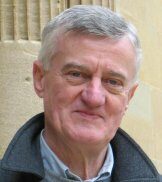 Bernard O'Donoghue was born in Cullen, Co Cork in 1945, where he still spends part of the year. Since 1962 he has lived in England, and he now teaches Medieval English at Wadham College, Oxford. He has published many books on medieval poetry, including an anthology of medieval European love poetry entitled The Courtly Love Tradition (1984), and a verse translation of Sir Gawain and the Green Knight (Penguin Classics 2006).

Bernard O'Donoghue received a Cholmondeley Award in 2009. His most recent poetry collection Farmers Cross (2011) was shortlisted for the TS Eliot Prize.