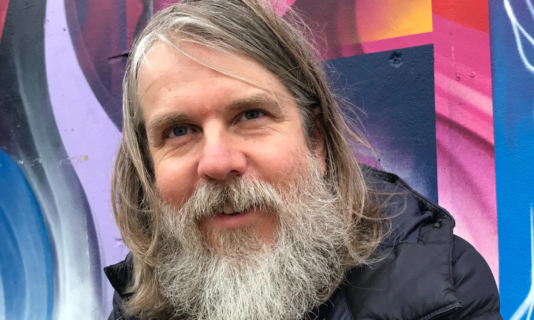 Jon Herring is a linguist and early career translator who lives in London. His undergraduate degree was in Spanish and French literature, and he spent several years teaching English to young adults in Madrid and Bilbao. He then lectured in linguistics at Oxford and Sussex, and undertook research projects on the spelling systems of Romance and Germanic languages, theories of language mixing among Spanish-English bilingual communities in Miami, and a large scale survey of linguistic variation in contemporary British English at the British Library. He has also worked as a speech and language therapist and specialist teacher in secondary schools across London.

Jon is currently working on translations of short stories and poems by LGBTQ writers from Spain, and writing his own mixed-genre short pieces. He hopes to begin a masters in literary translation later this year. His Desert Island Books would be one each by Bernardo Atxaga, Jorge Luis Borges, Marguerite Duras, André Gide, Karl Ove Knausgaard, Brontez Purnell, Ali Smith, and Zadie Smith. (He would also quite like to be at that dinner party.)

In 2022 Jon took part in the PTC's Queer Digital Residency.